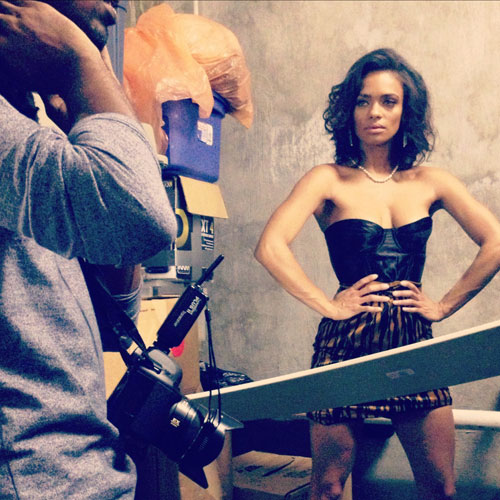 South African born actress, Kandyse McClure, was contemplating a career in medicine while working two restaurant jobs a few years after immigrating to Canada. Being an actor never crossed her mind. As a kid her playtime had always involved dancing, singing and playing dress up but all that was just for fun. So when her mother asked if she would be interested in auditioning for a Vancouver Fringe Festival play that an acquaintance was producing, that’s exactly what she thought – it might be fun.
The character, an 18-year-old South African girl in Athol Fugard’s Valley Song, was just who Kandyse was.
The production, involving only one other actor, sold out every performance. It was during that debut theatre performance that she was discovered by renowned Canadian actor/director William B. Davis. Soon after, she received a call from a local agent, Richard Lucas – Mr. Davis’ long time agent, suggesting he contact Kandyse. Something the veteran actor and teacher had never done in over 20 years of working with Lucas. Though he had his doubts at first, Lucas followed through and he and Kandyse have been working together ever since.

Ever curious and seeking new avenues of experience and pioneering thought, Kandyse travels between North America, South Africa and the Caribbean developing projects that aim to serve and to inspire.